On July 16, 2017, dad did a solo hike (daughter had a planned visit to Aquaboggan) of Old Speck Mountain (4,270 ft), a fairly strenuous 7.6 miles, the fourth-highest peak in Maine, located inside Grafton Notch State Park, via the Old Speck Trail and Mahoosuc Trail, with guidance from the AMC Maine Mountain Guide and the Maine State Parks and Public Lands site, which has a map here.

Parking was available at the trailhead off ME 26, and the self-service payment was a $3 fee for Maine residents.  This was dad’s first hike after the 100 Mile attempt ended the previous weekend, and he got an early start.

The falling water off Cascade Brook was running beside the trail, which is part of the AT, and the morning sun made for great light variations along the path.  Very few hikers were around, due to the hour.

Dad surprised a big snowshoe hare, still in its summer brown, with white feet, partway up the mountain in a clearing, and it galloped off before he could take a picture. 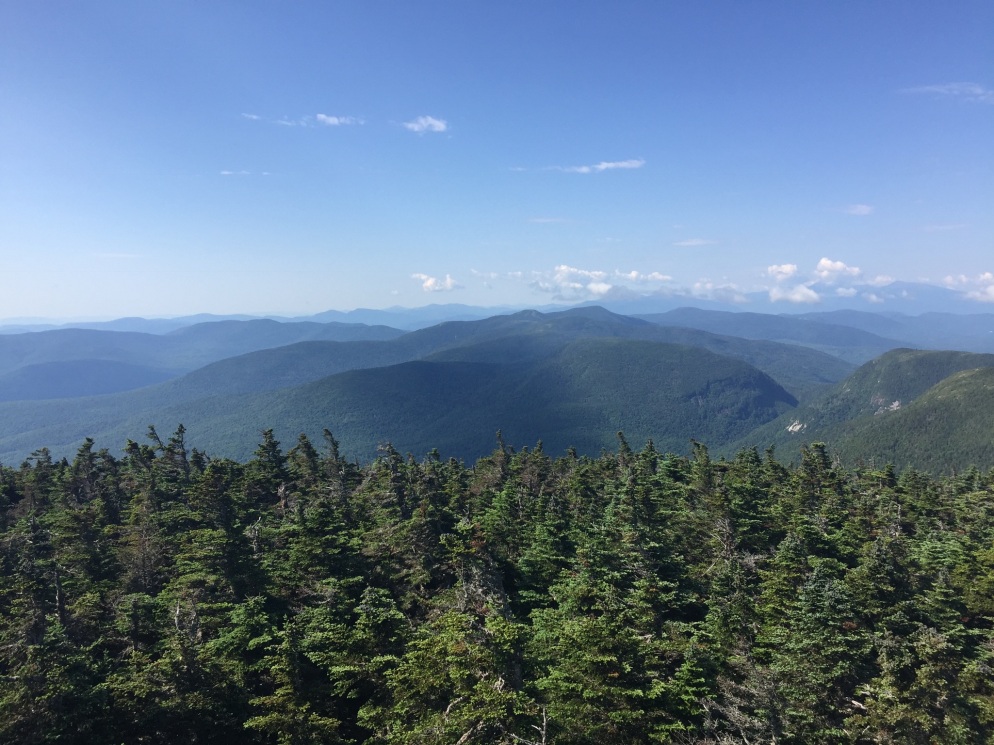 At the summit was an observation tower, which, when climbed, provides panoramic views of the surrounding mountains.

The descent was fast, despite some lingering knee and hip pain from the 100 Mile, and dad took a chilly dip in the shallow waters upstream of Screw Auger Falls to cool off.  Like the Chocorua climb and Lower Falls Recreation Site, it is a great summer combo, covered by the same use fee.  Nearby are Mother Walker Falls, Moose Cave, and the Spruce Meadow Picnic Area.